Tips and tricks to survive and win in PUBG Mobile

The typical PUBG Mobile game mode is a free-for-all where 100 naked and hopeless contenders are dropped upon an island littered with gear and weapons to gleefully slaughter each other until there’s just one left standing. To put the pressure on, the game area shrinks periodically, automatically disposing of players left outside the play zone. Yes, just like in the movie.

It’s not easy getting to grips with a new game and trying to survive when everyone’s out to get you, but keep these tips in mind to help you get a good start and get an edge on your rivals.

In PUBG Mobile, your first strategic moves start before you pick up a gun or even hit the ground. First, you have to choose a good place to drop.

There are two factors at play in this decision:

Quite a dilemma. You’ll want to aim to land next to buildings to grab the loot, but avoid the most popular ones that might be swarming with enemies.

Maybe some hotshots will want to dive straight into the crowd, pick up the first weapon and just start gunning the slowpokes, but that’s not you reading this guide yet, rookie. Instead, get a good start by aiming for a building that other players aren’t going for.

There’s going to be battle, and you don’t want to be the loser who brings their firsts to a gunfight. Your first priority upon landing should be to loot. Of course, you followed our first tip and have dropped next to a building away from enemies, right? Great. Now get indoors and loot up.

A weapon is always first priority. Next is body armor and healing items to keep you alive through the action.

Once you have a choice of weapons and other items, you can start thinking about which weapons work best for you as you explore the area and take down enemies. But first, just pick up everything. PUBG Mobile has a handy auto-loot to help get this done fast.

Use the auto functions

Playing action games on a touchscreen can be awkward but PUBG Mobile has a few convenient auto functions to make it easier. Don’t make life hard for yourself. Make use of them.

Be aggressive-remember you’re on mobile

Those of you used to PUBG on PC or Xbox might be used to a cautious style where you focus more on hiding, self-preservation and careful precision. That softly-softly approach isn’t going to work on mobile, son. Controls are less precise, accuracy is more difficult.

This means that you’re less likely to get sniped by more calculating players, and often, you can get shot at a few times before your enemy lands a hit on you.

When you hear gunfire, instead of immediately panicking and running for cover, try and turn the tables. With the skill levels between players somewhat flatted by touchscreen controls, the advantage skews in favor of sheer aggression. In PUBG Mobile, attack can be the best form of defense.

That doesn’t mean you throw skill out of the window. Firing wildly will waste your shots and alert others to your presence. In regular PUBG you might be afraid to stand your ground and aim. Standing still means you get your head popped off.

But on Mobile, most of those shots aren’t being fired at you with any accuracy anyway, so stop and aim and make yours count. Nine times out of ten, it’ll mean you’ll be the one left standing.

Aiming is done with the small crosshair icon at the right of the screen, which you can drag around on the screen to aim. If both aiming and shooting with the right thumb is too awkward, you can go into the settings to enable an extra fire button on the left of the screen. Use whichever is faster for you in the moment. The suckers die just the same.

What was that about alerting others to your presence? Oh yeah. In PUBG, your sense of hearing is key. Without distracting background music, you’ll need to rely on your ears to pick up incoming shots and the sound of movement near you.

A keen ear can make the difference between life and death, so don’t be tempted to play PUBG Mobile on mute on the subway like other mobile games.

In PUBG Mobile, a wise warrior always adjust the settings to make sure you fight on your terms. Sun Tzu said that, probably. The game has several settings in the options menu that often go unnoticed, but a bit of tweaking could score you victory. 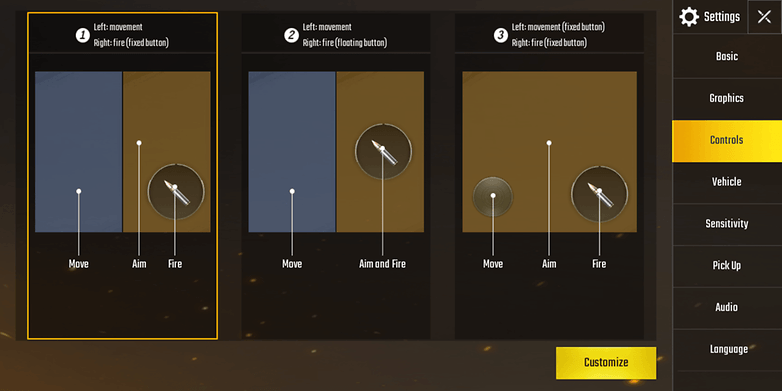 Is your game running slowly or jankily? Consider setting the graphics settings to low and your FPS settings to high to allow the game to play more smoothly. War is ugly, but winning is beautiful.

You’ll also play faster and more effectively if you tweak some options to suit your style and skill level. In the menu you can adjust sensitivity settings, change location of on-screen icons and disable or adjust the auto-loot settings here. As we mentioned, enabling the left fire button can be a real game-changer.

Look out for cars

One of the most frustrating things in PUBG, Mobile or otherwise, is being caught in a death zone with no fast way to the safe area. You’ll want a fast option, and that often means a car. Once you know where cars are found, keep them in mind for when the walls close in. Some players even prioritize dropping near cars instead of their favorite weapons.

Get some help from your friends

If you’re getting repeatedly dropped in PUBG Mobile’s free-for-all, then you might want to consider playing some squad games to hone your skills, especially if you can get friends you already know to join you. Teamwork, especially with more skilled players, is a little less intense and gives you more breathing room to get to grips with the fundamentals. Your ‘friends’ may regret training you up if you ever meet face-to-bullet in a free-for-all.

That’s all our tips right now for getting starting and dominating in PUBG Mobile. We’ll be adding more as we keep playing, but if you’ve any to share, feel free to leave them in the comments below! 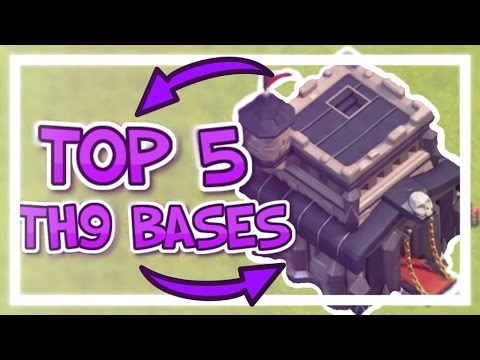